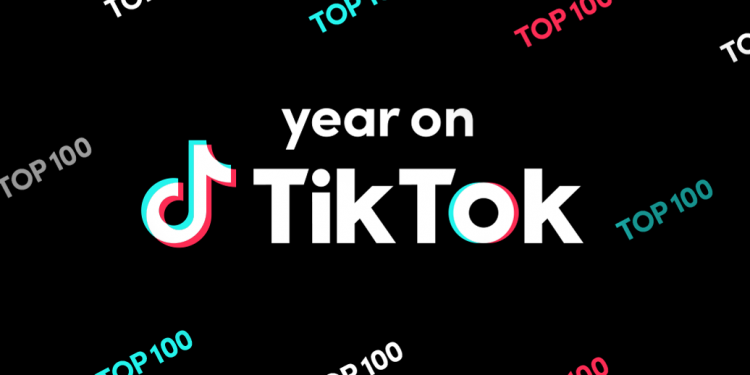 In 2020, TikTok exploded in popularity, particularly during the coronavirus lockdown, when people were compelled to stay at home. People started using TikTok to display their ability and skills such as dance, music, and acting in 15-second films, which quickly went popular. The videos they make on TikTok are largely lip-syncing and dubbing videos. Videos featuring original audio, on the other hand, have gained a lot of traction. Today we will talk about the Most Followed People on TikTok.

So, let’s get started figuring out who has the most TikTok followers.  Over time, the app drew a lot of attention from people all over the world, and it now has a global user base of over one billion people. Some of the most popular online personalities in 2020 are people who started producing movies to distract themselves from boredom.

Loren Gray was the most followed person until Charli D’Amelio dethroned her from the top spot in March 2020, when she became the first TikTok user to reach 40 million followers.

Charli D’Amelio is the most followed TikTok user and the only one to reach the 100 million follower mark as of January 2021.

Lisa and Lena were the most popular TikTok users before Loren Gray, with over 32.7 million followers. They did, however, delete their account in March 2019, citing privacy concerns and a lack of interest in the app as reasons. On May 7, 2020, they returned to TikTok with a new account with the same username. They currently have over 12.1 million followers on Twitter.

While the top users on TikTok have changed over time as the app has grown and expanded, the list of top users has remained consistent. As of January 2021, here is a list of the top ten Most followed people on TikTok:

Michael Le is a social media personality based in Florida who posts dance videos, pranks, and lip-syncing videos to TikTok, Instagram, and YouTube. On TikTok, he has over 44.3 million followers.

He is also a photographer and maintains a blog where he writes about his experiences as a dancer. On YouTube, Michael Le choreographed a segment of Chris Brown’s song “Came To Do.” He is the first name on our list of the Most Followed People on TikTok.

Addison Rae Easterling (born October 6, 2000) is an American dancer, actress, and social media influencer. She has over 75.6 million TikTok followers (as of September 2020), making her the app’s second most popular account.

Rae was named the highest-earning TikTok celebrity by Forbes in August 2020. She’s amassed a sizable online following and relocated to Hollywood to produce videos. Addison Rae Easterling has over 75 million TikTok followers, making her the second most popular user on the platform.

She’s also relocated to Los Angeles to be closer to her content creation 24 hours a day, seven days a week. L’Oréal, Reebok, American Eagle, and Hollister are among her sponsors. She also has a Spotify podcast with her mother and is set to star in a remake of “He’s All That” in the near future.

Spencer Knight, better known by his stage name “Spencer X,” is a YouTuber and beatboxer from the United States. He was born in Manhattan, New York, in the United States of America, on April 20, 1992. Spencer, who is of Chinese and Ecuadorian origin, rose to fame on YouTube and TikTok.

He has over 51.1 million TikTok followers and is known for his fast and smooth beatboxing and musical compositions. Spencer Knight originally gained international notoriety after his video “One beatboxer, 14 genres” went popular on the internet. He also quickly followed it up with another video, “One beatboxer, 20 sound effects,” which went viral and had millions of views.

Since gaining fame and respect, he has collaborated with a number of well-known artists and internet celebrities, including Sean Kingston, Alicia Keys, and Marshmello.

Loren Gray Beech, an American musician and social media celebrity from Pottstown, Pennsylvania, was born on April 19, 2002. Currently, she is signed to Virgin Records and Capitol Records. In addition, when she first joined TikTok in 2015, she became the most followed influencer personality, with over 51 million followers.

Loren Gray Beech began by uploading videos of her singing and has now published eight tracks, leading to a deal with Virgin Records. Because of her celebrity, she was also given the opportunity to appear in Taylor Swift’s music video “The Man.” That’s why her name is amongst the Most Followed People on TikTok.

Jason Derulo, a multi-platinum performer, was born on September 21, 1989, and is a well-known singer, dancer, and composer. To date, he has sold more than 30 million singles since launching his solo recording career in 2009. “Wiggle,” “Want to Want Me,” “Talk Dirty,” “Trumpets,” “It Girl,” “In My Head,” “Ridin’ Solo,” and “Whatcha Say” is among his eleven Platinum songs

The “Swah la la la” singer and highly brilliant dancer quickly began sharing dancing videos of himself on TikTok amid the coronavirus pandemic. He is known for his refreshing special effects in his video clips and hot dance tunes. Jason Derulo also frequently posts prank movies and amusing clips of himself performing various things. He is currently the 10th most followed person on TikTok, with 42.6 million followers.

Zach King, who was born on February 4, 1990, is one of TikTok’s most popular users. He is a California-based American filmmaker, illusionist, and internet personality. On the platform, he posts amazing illusion videos. Zach King is known for his “magic vines,” which are six-second movies that have been digitally manipulated to appear as if he is doing magic acts.

In addition, he refers to his videos as “digital sleight of hand.” He earned mainstream internet fame on YouTube and Vine, where he began releasing videos in 2008 and 2013, respectively, before venturing into TikTok. Zach began using TikTok in 2016, and since then, he has amassed over 55 million followers, making him the third most popular user on the app.

Charli D’Amelio is a well-known American social media influencer, dancer, and voice actress who was born on May 1, 2004. She was born and raised in Norwalk, Connecticut, and competed in dance for almost ten years before pursuing a career in social media.

She began regularly publishing her dance videos on the app over popular songs in 2019 and went viral almost immediately. Charli D’Amelio also soon gained a large following on the platform, eventually surpassing Loren Gray as the most followed person on TikTok.

With almost 107 million fans as of January 2021, Charli D’Amelio has the most TikTok followers. Her net worth is estimated to be around $4 million after being included on Fortune’s 40 under 40 lists, and she is known as “the reigning queen of TikTok.”

Riyaz Aly, one of TikTok’s most popular users, was born on September 14, 2003, in Jaigaon, Bhutan. In 2017, he began his profession by sharing videos on Instagram. He eventually began publishing his videos on TikTok, where his lip-sync TikTok videos gained him huge notoriety. Riyaz primarily creates lip-syncing videos with other well-known TikTok celebrities such as Faisal Khan (Mr. Faisu), Avneet Kaur, Jannat Zubair, and others.

This concludes our list of the top ten most followed People on TikTok. Dont forget to send us your suggestions. And stay tuned for more such information and interesting stuff. Goodbye!