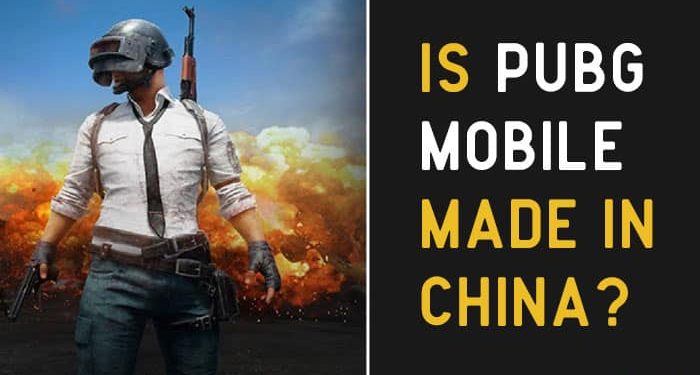 Is PUBG Mobile a Chinese app?  What do you think about this? Just move to the comment section and drop your thought their. Done Commenting? Okay, Let’s start this simple argumentation-based topic i.e “PUBG Mobile”. We all are getting lots of messages, stories from our friends that STOP PLAYING PUBG MOBILE and if you want to play, then play its PC or Console version. Even people are mailing us. So we decided to write a detailed article on PUBG Mobile Origins, its investors, and which country is getting profit out of this.

PUBG! Sounds good; when you hear this word pubg, a sparkle of fire is lightening your body and soul. I think everyone is aware of PUBG and PUBG MOBILE. So, this needs no Introduction. Let’s just skip this part.

Is PUBG Mobile Made in China?

Everyone will doubt whether it is a Chinese app or not? It would be best if you did not get confused with the ORIGIN of PUBG and PUBG Mobile because both are entirely different.

Let me help you to clear this doubt.

PlayerUnknown’s BattleGround, in short PUBG. It is an online multiplayer battle royale game.

What is the battle royale game?

It is a multiplayer video game genre that blends the survival, exploration, scavenging elements of survival game in the gameplay developed and published by PUBG Corporation, a subsidiary (Owned or controlled by another company) South Korean video game company called Bluehole (Founded in 2007)

I think everyone would be familiar with this Bluehole company. It is one of the most popular video game holding companies, which falls under the subsidiaries of Krafton Game Union.

So clear and simple that PUBG and Tera is a product of Bluehole Company.

Several people have the opinion and belief that PUBG is a South Korean game, and China enjoys the money which is earned from this game PUBG. Let me delve a few more extensive into it.

READ MORE: How To Fix PUBG “Servers Are Too Busy” Error?

Who created PUBG and PUBG Mobile?

Brendan Greene was the real man behind this game PUBG, and he was born in Ireland.

I had a question on which incident has inspired him to create this game? Let me tell you, The main reason for which he got inspired was a Japanese movie called Battle Royale.

Quite impressive, right? This is the reason for creating this game. You can be assured that his online handle is unknown, and that’s how it got the name as PlayersUnknow’s Battleground.

Okay, now let me tell you the answer to the confusion.

The confusion started when PUBG was banned in China in 2017. This instigated Tencent’s games, a Chinese company to secure the rights of distribution in China.

Have you heard about “Tencent Holdings Ltd.”? Tencent Holding is one of the most popular Chinese multinational conglomerate holding companies founded in 1998. It is the world’s largest game publisher.

By means of largest, I mean just look at the stats below where China’s tech giant invested so far.

Tencent is both an internet and entertainment giant in China, which is comparable to Facebook or Google. With over 300 investments in the portfolio, they are staying top of every other company that Tencent has a stake in it.

Who Made PUBG Mobile?

After the huge success of PUBG PC. The PUBG Corporation decided to launch their game in China. But certainly, the distribution of the game was banned in the Chinese market. Chinese Government reported, that PUBG is violent and strayed from the Chinese values of socialism.

Finally, Tencent came forward to buy the rights or stakes and partnered with Bluehole Company, by making a few changes in the existing game, and this is how Tencent becomes a distribution and publishing partner in China for PUBG.

But, Tencent was very smart. Their history is clear about acquiring a lot of games. So when it comes to the gaming industry, they started planning to launch PUBG mobile version. They proposed the idea to Bluehole. Tencent developers and Bluehole developers develop the game and had a soft opening in the Canadian Market. It became a huge hit by mobile users and later they released a global (worldwide) version called PUBG Mobile.

PUBG: Exhilarating Battlefield, is an abridged version of the original game, and was developed by Lightspeed & Quantum Studio, an internal division of Tencent games.

Well, This is a story about how PUBG Mobile Originated.

Later after the release of PUBG Mobile in the global market. Tencent acquires 1.5% stakes in Bluehole.

In 2017, Tencent started investing in Bluehole with acquiring 1.5% ownership. Later in 2019, They bought 10% more ownership rights in Bluehole and completed it 11.5% stakes. It’s just the beginning of acquiring PUBG, According to a report, Tencent can buy full ownership in the near future.

By the time 2010 rolled in, this Tencent game had established itself as a significant and top player in the video games industry. Tencent games got an opportunity to explore this mobile gaming market as they were hardly any breakout success on mobile platforms in the scale of PUBG impact on PC.

Well, Simple and clear is that Tencent is a china based company that has 11.5% shares in BlueHole (PUBG) and Both companies have a mutual agreement for only PUBG Mobile accessibility. As far as the development concern, then yes, Tencent developed PUBG Mobile and Lite. But we are not sure about its controllability.

READ MORE: How To Get Free Robux Codes for Roblox 2020

But overall, The data is still under the control of both companies. The mistake of Bluehole here is that they never stated that who has more control over PUBG Mobile and what are they. So according to our opinion, PUBG Corporation should take a clear stand with its data policy & terms. We are damn sure that, China is getting profit out of this. Anyway, I am ending up this article here but want you to share your thoughts, experience and any new information related to this news.

We will cover your news and topics here on itechhacks. Contact us if you have something cool to share! Thanks and don’t forget to share the article with your friends.! 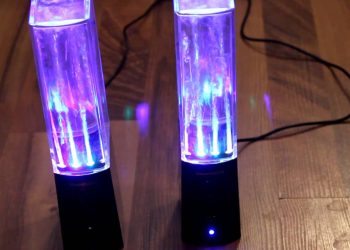 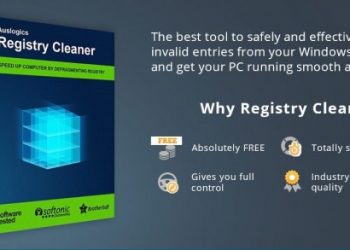 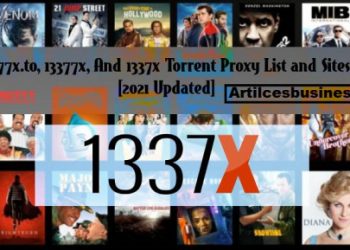 The importance of signage for business success

The importance of signage for business success